Heartburn. Caused by Too Much or Too Little Acid?

For most of my life, I have been plagued with heartburn. I get it from my father. When I was a little kid, I picked up one of the many rolls of Rolaids that my dad had everywhere and ate one, thinking it was candy. Blech! It was highly disgusting. Growing up, I could usually control the heartburn with the occasional antacid. That is until I got pregnant. Wow! The heartburn was uncontrollable. I would have it so often that, instead of sending my husband to the store for pickles and ice cream, I was making him buy me large quantities of fruity Tums. Finally, my OB had to relent and allow me to take some Zantac.

I thought it would go back to how it was before once I gave birth but no such luck. I saw a couple of doctors and they ran a test that involved drinking something fizzy and something chalky then having me roll around on an x-ray bed while they took pictures of my innards. The doc looked at me and said it was the worst case of acid reflux he had ever seen. Thus began a very long journey into the world of acid blockers.

Up until about a year ago, I did not realize that there was anything I could do about it. So, after many hours of research, I began to change they way I ate and lost a few pounds. However, there was no change in the reflux.  In fact, it became worse. I tried all kinds of dietary supplements that others had success with but, as soon as I stopped taking the acid blockers, the heartburn came back with a vengeance!

So I gave up on ever getting off the pharmaceuticals.

I read a blog post sponsored by The Village Green Network. (I have looked everywhere to find it to link to it but I can't:()

In that post, there was research cited that showed that up to 95% of all heartburn cases were caused by too little stomach acid instead of too much. WHAT???? How can that be???

Apparently, when you have too little stomach acid, the food you eat just sits in your stomach and starts to putrefy and ferment, causing the acid to to go back up the esophagus and causing...wait for it....heartburn!

As if that wasn't bad enough, because there isn't enough stomach acid to break down the food properly, it eventually moves into the small intestine in a form that it isn't supposed to be in, which in turn, can cause leaky gut. Yuck!

I honestly never thought that my problems could be caused by too little stomach acid.

The writer gave some tips to help with the digestion of your food.

First of all, she pointed out that your stomach does not have teeth so it relies on you to thoroughly chew your food before swallowing. Actually chewing until the food is the consistency of applesauce. I admit that I am so guilty of not chewing very well. I eat way too fast sometimes so I have to really focus on chewing thoroughly and s l o w l y.

Another tip was to not drink liquids with meals and for an hour after eating. The thought is that drinking water dilutes your stomach acid making it more difficult to break down your food. I am a big drinker of water. All day long I have a glass of water at my side. I never thought that I could be actually making my problem worse. If you need to have something to drink with meals, it was suggested to keep it to 4 oz. or less or to make it a fermented drink like Kombucha which adds lots of nice gut bacteria to keep things moving right along.

So my experiment will be to try these steps to eliminate my need for the medication. For the last few days, I have not taken any medication and I have been very mindful of my chewing and liquid consumption. I am not gonna lie, I have had some heartburn but not enough to warrant taking anything. I have a feeling that it may take some time for my stomach to start producing enough acid to breakdown my food because of the years of taking acid inhibitors.

I will keep you posted of my progress.

It is funny (sad) to think that the thing I have been doing to stop the heartburn may have been the one thing that kept it going.
Posted by Tracy at 10:09 AM

I would love to hear what you think! However, nasty argumentative comments will ALWAYS be deleted and NEVER posted. This blog includes my opinions and beliefs. If yours are different, please be respectful in your disagreement.

Tracy
When I was younger, I always thought I was so modern. Now that I am all grown up, I am just an old fashioned girl born a couple of generations too late. Now I am embracing the past and the old ways of doing things because they really knew what was important! 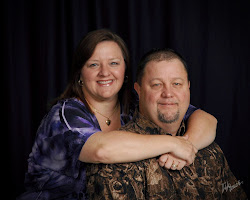 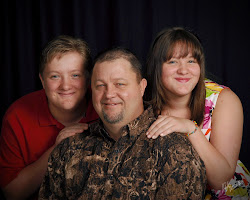 My reasons for waking up in the morning...